Is Your Factory Ready for Industry 4.0? 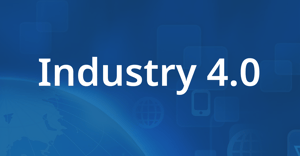 Imagine you’re working in tech support, and you receive a call from someone who’s having trouble getting his phone to send and receive text messages. You try all of the usual tactics, asking the caller to turn the phone off and on again, etc., before checking to make sure that the phone is running the latest version of its operating system. The caller concedes that it probably isn’t, but as you walk him through the process of updating he continues to run into problems. “How,” he asks, “do I see what operating systems I am running?” “How do I access my settings?” “How do I get to the home screen?” It is only as you dive deeper into the rabbit hole that you realize that your interlocutor doesn’t have a smart phone at all, but an old rotary phone without the slimmest chance of ever accessing the internet.

This scenario might seem absurd, but it’s a useful illustration of the technological gaps that quickly widen between older and newer version of the same technology. Just as the old rotary phone is incapable of meeting the demands of modern phone users (no matter how much work the user puts into upgrading it), traditional, non-digital factories are in imminent danger of finding themselves on the wrong side of a widening technological gulf. With the rise of Industry 4.0 systems, manufacturers don’t just need to consider the pros and cons of Industry 4.0 adoption, but how to ensure that their factories are sufficiently advanced that Industry 4.0 remains an option. To that end, let’s go through a few of the key considerations in determining whether your factory is ready for Industry 4.0.

One of the most glaring problems with the rotary phone in the example above is that it patently not digital. It has no interface except for the number wheel and it cannot interact with any other devices. The same would be true of any old-fashioned factories that have somehow skipped the third industrial revolution (i.e. the introduction of computers into production processes). Luckily, most modern factories have at least some modicum of digitization to boast of, whether it be in the form of sophisticated digital twins or simply of computerized interfaces for establishing production protocols.

Because Industry 4.0 relies so heavily on machine-to-machine communication (with an eye towards autonomous machine decision making), there is a high standard for the necessary level of digitization. If your various machines and processes are not networked into one cohesive, interoperable system, each machine should at least be accessible via a digital interface of its own. If, on the other hand, the computer is not currently at the center of your operations, you may have some work to do in order to prepare for the impending fourth industrial revolution. After all, centralized digital systems will continue to grow in importance as they further empower planners to run complex simulations and uncover complex interrelations between disparate workflows.

One of the most compelling reasons to adopt an Industry 4.0 framework is that it can help stave off bottlenecks and breakdowns by giving a more comprehensive view of the entire value chain. As we saw above, digitization is a necessary first step towards gaining such a high degree of cohesion and comprehension. In order to move beyond this initial boost in visibility, however, it is necessary to build towards more complete supply chain integration, which is to say digitizing not just your own manufacturing workflows but also ensuring that your value stream is digitized and connected to your existing systems.

As an example of why supply chain integration is an important part of Industry 4.0 readiness, consider a scenario in which one of your suppliers is experiencing a bottleneck, and will be unable to make a regular shipment of materials. If your and your and supplier’s IT infrastructure are not, in some way, integrated, you won’t be aware of the impending shortage until the expected delivery date itself. Even then, you won’t necessarily know if the shipment is simply late or if it’s not going to arrive at all, meaning that no matter how agile your operations are, they won’t have enough information to adapt quickly and efficiently to these changing circumstances. Thus, if you were to integrate Industry 4.0 systems into your production streams without also integrating your entire supply chain, you would fail to recoup the maximum value from your new workflows.

By the same logic, striving for Industry 4.0 adoption before you’ve successfully integrated internet of things (IoT) devices into your production stream will cut you off from many of the unique benefits of the fourth industrial revolution. These new and emerging systems depend on large amounts of data being instantaneously shared across machines and platforms—without IoT equipped machinery in your factory, how will you produce and gather enough data to generate meaningful insights? At the end of the day, this question is representative of the central concept at the heart of Industry 4.0 readiness: your operations must be prepared to collect, share, and analyze unprecedented quantities of information in order to fully take advantage of new industrial innovations.

How Machine Learning Can Shape the Future of the Auto Industry

What Industry 4.0 Will Mean for Your Planning Workflows

Industry 4.0 Myths and Facts for Manufacturers