How Customer Expectations Are Changing the Manufacturing Industry 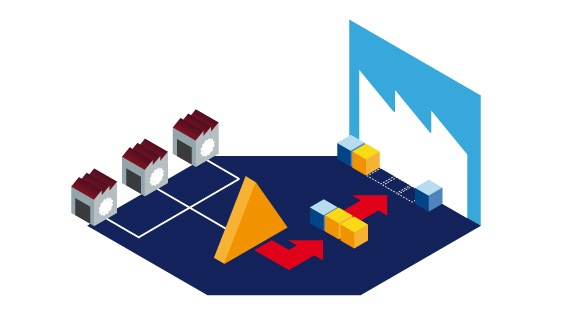 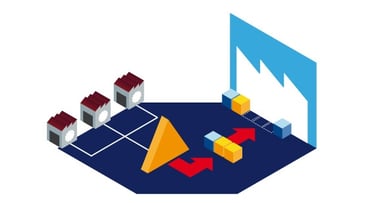 Ford’s groundbreaking assembly line, which we normally think of as a watershed moment in the history of manufacturing, was just as important as a moment of negotiating customer expectations. In this case, Ford’s goal wasn’t so much to revolutionize the burgeoning automotive industry as it was to change the narrative around cars in the minds of his future customers. Where automobiles had previously been largely reserved for the wealthy, Ford wanted the general public to stop thinking of them as a luxury and start considering them to be an attainable goal for working class buyers. In order to create this new narrative, he needed to find a way to first make it reality. How? By making cars cheaply enough that they could be purchased (the story goes) by the very factory workers who were helping to build them.

Obviously, Ford’s gambit worked. But in the modern era the customers themselves are just as likely to push new narratives and set new expectations as manufacturers are. We’ve spoken about the so-called Amazon Effect more than a few times at this blog, but it represents the modern paradigm quite well. Amazon’s fast shipping times create a new set of customer expectations, and then those customers begin to set a new level of expectations for companies that aren’t Amazon. This, by itself, is a powerful force—but once we consider it alongside the changes that are quickly coming as a result of the Industry 4.0 revolution, we’re left with a manufacturing landscape that’s changing daily.

As many of you have no doubt noticed, the modern logistics landscaped is defined by increasingly complex networks and trade routes, which some businesses are struggling to manage in an efficient way. At the same time, B2B and B2C customers alike are coming to expect quicker and quicker delivery turnarounds for whatever products they’re ordering. This is putting huge pressure not just on shipper and freight forwarders, but on manufacturers themselves. The pressure to go lean has never been greater, owing to the cutthroat nature of the current transport market—yet, at the same time, an increase in buffer stock seems increasingly attractive to businesses whose production processes might not be able to meet a last minute spike in demand.

It might sound like customer expectations are, in this instance, putting manufacturers on the defensive, but in reality they’re pushing growth and evolution within the supply chain. Some businesses, for instance, are adopting a plan-for-every-part approach in order to take control over their production processes and gain visibility into the real relationship between production and demand. Now, rather than ordering raw materials, feeding them into production lines, and hoping for the best, these manufacturers are able to gain a precise accounting of the yield that a given order of raw materials will provide in terms of finished products, meaning that they can more easily tailor their sourcing to their expectations for future demand. In this way, they work to smooth out an otherwise volatile value chain, creating the conditions for consistent transport management.

By creating a more legible transport logistics environment (like we described above) businesses do more than just respond to the growing needs of their consumers. Rather, they refine their business practices in a way that adds value—in this case the value comes from both the happy customers and the fact that better sourcing practices will help them manage sourcing costs, while increased production control helps reduce the number of disruptive stock shortages and overages. In this way, businesses create synergy between their buyers’ needs and their own operational workflows. As manufacturers move more firmly into the realm of Industry 4.0, the power of this synergy only increases.

By way of example, let’s think about order tracking in modern e-commerce. Many buyers now want to be able to know not just when their orders will arrive, but where they are in the production and transport process at any given moment. This puts a real burden on logistics planners and production planners alike to drive up visibility within and without their organizations and value chains. How can they accomplish this? Many attempt to do so by engaging concretely with Industry 4.0 concepts like IoT usage and cyber-physical systems—creating value streams in which not just end-customers but planners themselves benefit from being able to track the journey of each product fairly minutely. The level of digitization that this requires creates a positive feedback loop that can power improved planning and disruption management, as well as the introduction of advanced analytics workflows into existing value streams. Thus, it’s not just customer satisfaction that improves, but overall sophistication, leading to better forecasts, smarter planning, and improved overall agility.

We’ve talked about the cyber-physical systems and IoT integrations that help define Industry 4.0, but what about that other, widely-discussed element of the Fourth Industrial Revolution: 3D printing? Yes, 3D printing has been touted as a revolutionary force in product customization, and with good reason—as the technology that powers additive manufacturing (aka 3D printing) becomes more sophisticated, more businesses will be able to leverage it not just for rapid prototyping and tool creation, but for actual consumer products. When that happens, expect there to be plenty of built-in demand. Some degree of product customization is already becoming standard in many fields, and that trend isn’t likely to wane anytime soon.

While, at the moment, product customization from a manufacturing standpoint can be somewhat of high-wire act of coordinating different production flows with emerging demand, additive manufacturing, when scaled, will come along with a host of Industry 4.0 capabilities. The process is typically already dependent on cyber physical systems, and when further integrated into the value chain, it will slot seamlessly into other digital workflows, helping to further shore up the kind of data-driven manufacturing flows that Industry 4.0 is all about. This is just one more way that changing consumer demands are continuing to reshape the manufacturing industry.

Can the Right Technology Jumpstart Your Sales & Operations Planning?