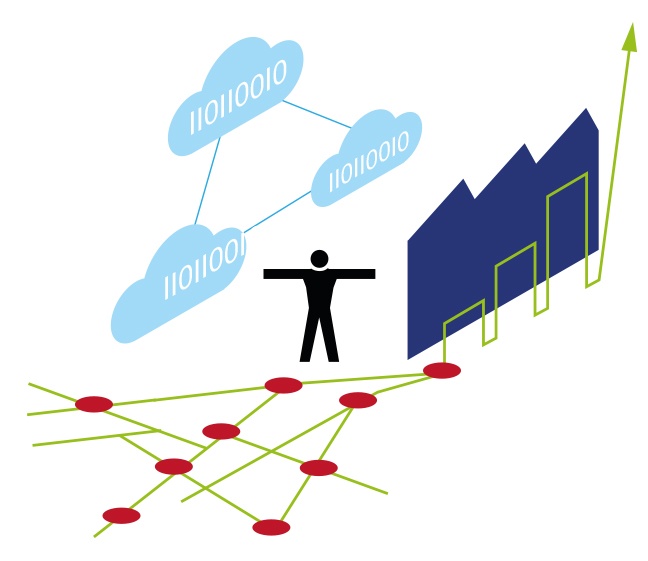 For many decades, baseball statistics barely changed. People counted hits, batting average (the number of hits per at bats), and runs batted in and measured the value of their players based on those statistics. In the late twentieth century that all changed. With the advent of Sabermetrics and what would eventually be known as Moneyball, statisticians, baseball executives, scouts, and even casual fans entered a period of statistical renaissance. Old-fashioned stats took a backseat to complex new creations like OPS (on-base percentage plus slugging percentage) and Wins Above Replacement (a complex, GDP-like formula meant to distill value into a single statistic).

These new creations helped to start and end arguments among fans, yes, but they also fundamentally changed the way that baseball as a business functions. With these new ideas in tow, teams could find value in things that had previously been overlooked, and they could save money on players by correctly identifying potential value in advance (i.e. spending money on players whose value is only apparent via less widely used statistics). More than that, they could reshape their entire prospect pipeline by applying these principals to high school and college players during the annual player draft. Given the wide reaching effects these analytics processes have had, it’s not hard to compare them to the new advances in supply chain analytics in the Industry 4.0 era.

Just like Sabermetrics, modern supply chain analytics can help companies to add value by gaining a clearer, more efficient picture of their entire operation. One of the most significant ways in which it does so is with predictive analytics for forecasting future demand. In the past, most companies have had to rely on past orders as their only guideposts for estimating future demand levels, often leading to decisions that don’t account for likely future changes. In the modern supply chain, all of your previous order data can be combined with real-time market analyses to create dynamic demand forecasts that prove much more successful at predicting changes in the demand landscape than human supply chain planners. There are any number of areas in which this can drive increased value, but one of the most critical is inventory management. A company without a robust analytics workflow might expect a customer to place a large parts order in the near future (and thus stock their warehouse with those parts) only to find that the order size had decreased from the previous year (meaning that the parts would just continue to take up valuable space). With better demand sensing via advanced analytics, by contrast, the company could have anticipated these demand changes by reducing their production of the part in question, thereby freeing up valuable storage space.

In the above example, we discussed the value of improved forecasts, but predictive analytics workflows are just one side of the coin. The other side? Prescriptive analytics. Unlike predictive analytics, which attempt to forecast future events, prescriptive analytics analyze specific processes in order to identify potential areas of waste or inefficiency. Let’s say, for instance, that you were attempting to schedule production of one or more automotive parts in a non-clocked, job shop environment. Unlike with timed production processes, there is no linear order between the different stations or machines that each part takes. As such, it’s almost impossible to create an optimal job shop production schedule by hand. For years, this has caused supply chain and production planners to be stuck with inefficient processes that fail to maximize production capacity and don’t respond well to disruptions. Prescriptive analytics has the power to change all that. By feeding your existing job shop schedule into one of these analytics workflows, it has the power to optimize it and present back-up plans in response to real or hypothetical disruptions, thereby keeping your production plans on track even in the face of the unexpected.

Just as both predictive and prescriptive analytics can address the pain points described above within your production workflow, they can also address similar challenges within the context of your supply chain more broadly. For instance, by using the same advanced analytics processes described above you can improve the functioning of your transport logistics processes. Not only can prescriptive analytics analyze your existing freight network usage to find potential areas for improvement, improved demand predictions can help you to plan your transports in advance with added certainty. Contrast this with the current reality in transport management, which is defined by almost opaque levels of complexity, in which planners don’t always know how best to plan out their networks or how to efficiently reroute disrupted shipments.

So far this post has focused on fairly concrete, specific ways for advanced supply chain analytics to add value for manufacturers, but it can also have operational benefits that are slightly harder to quantify. To wit, predictive analytics can help to promote cross-functional collaboration by creating highly-visible, shareable forecasts that can help disparate teams across a given organization to get on the same page and rally around a common vision for the future. Right now, it’s all too easy for future expectations to create areas of disconnect between different teams. If, for instance, your inventory planners are expecting higher demand levels than your transport planners, you could easily wind up in a position where there isn’t enough freight capacity to move existing inventory, or costly inventory space is being used unnecessarily. If both teams are working from the same forecasts, this is much less likely to happen.

The last benefit involves a quick logical leap, but it’s for a good reason. In addition to offering predictions and process optimizations, supply chain analytics can help add real-time information into your value stream by giving more structure to data and data feeds. In this way, it power sales & operations execution (S&OE) processes that can help keep longer term operational plans on track. For the unfamiliar, S&OE accomplishes this by offering planners a real-time demand snapshot that enables them to make small daily and weekly adjustments to transport plans and inventory levels. That may sound simple on its face, but, just like them modern baseball statistics we discussed above, it’s actually the result of years of process improvements, analytical insights, and technological improvements. Also like modern baseball statistics, and like many of the other bullets on this list, it helps businesses to visualize and understand their entire operation in new, potentially game-changing ways.

4 Reasons for a Parts-Oriented Supply Chain

What is Multi-Dimensional Monitoring?